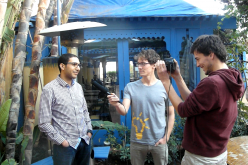 On Thursday we had another premiere: Our first video interviews! We talked to Mohamed from BlueBox as well as Chama from LIOUMNESS about their ideas and experiences. In the evening we met some guys from StartupYourLife for a drink.

The next day we continued with an appointment at CEED, an american NGO, which supports young Moroccan entrepreneurs. Visiting BloomingBox in the early afternoon, wem et Kenza, who told us about her experiences establishing a totally new market in Morocco. 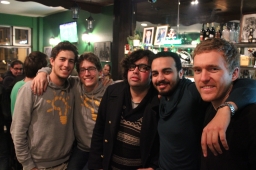 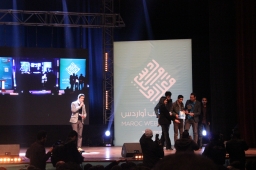 Later we did some work at the already homelike New Work Lab and applied for a VISA for Guinea, after discovering that the consulate is located in the same building. From Houssam, also member of StartupYourLife, we got a guided tour through Casablanca in the evening. During that we not only learned something about the different quarters of the city, but also the one or another bar…

On Saturday we slept late and, after an extensive breakfast and some laptop work, made our way to Rabat, to the Maroc Web Awards. In different categories, nominees were honored for internet projects – totally new to us were particularly „instagrammer of the year“, „facebook pace of the year“ and „twitterer of the year“. Since we have one free seat in our car, on our way back we took – of course – two people with us, from which we got some interesting history lessons about Morocco. After a quick dinner we headed towards Settat. 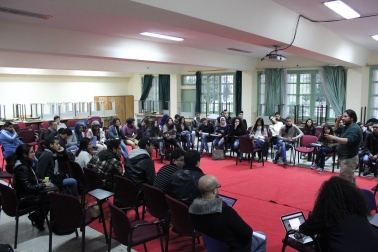 There, on Sunday morning we attended the national conference of ENACTUS Morocco, where over the course of three days the team leaders of all Moroccan ENACTUS groups get to know each other, present their current projects and share their experiences. We were invited by Adnane, who we met at our first meetup with StartupYourLife. As the head of ENACTUS Morocco, he was leading the event and gave several seminars about leadership, project management and funding to the approximately 60 participants. Thanks to the opportunity to shortly present ourselfes and our project, we had a lot of interesting conversations during the breaks, recorded some interviews and socialised. Definitely the highlight for us was the musical interlude during lunch: Singing and knocking rhythms, the individual tables started competing against each other. As an overall image, the traditional vocals together with the beats merged to form a cheerful and absolutely unique sound. 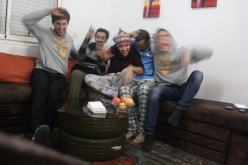 In the evening we were spontaneously invited by Sanaa, team leader of ENACTUS Settat and member of the organization committee, to stay for the night with some friends of hers at Casablanca. On the way back, we had a chat about the student life in Morocco, her future business plans as well as the attitude of the younger Moroccan generation towards religion. At our arrival we were welcomed by Smail and Youssef, who shared an apartment and invited us for dinner and tea. Together we then watched the Bundesliga resume on German television and were enlightened about popular Moroccan music and the traditional sport Tboudira. The offer to take a shower and sleep on real mattraces we did not refuse, for sure!

Monday started with a good karma: Our VISA for Guinea was ready, and thus we could continue our journey southwards. But before that we still had some work to do. After a couple of hours in the New Work Lab and some interviews with Fatim and Houssam, we said goodbye in remembrance of our great times in Casablanca. 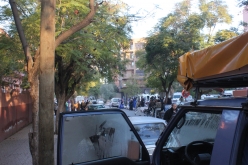 Back in the car. Driving to Marrakech. Looking for a parking spot in total darkness. The place which seemed the most suitable for us, by accident was located directly at the entry of the Moroccan ministry of inner affairs as well as the Marrakech headquarter of the police. Here, we for sure did not have a lack of security, still, having all the police officers strolling around near our car was quite awkward – spending the night in the own car is not legal in Morocco. But neither this, nor the drunken passanger who suddenly started knocking at our window wildly gesticulating, had but the slightest chance to overcome our fatigue.

The next morning we realized, that we did not only parked next to the public authorities, but also right in the city center of Marrakech. Strolling through the vast market labyrinth in the old city we, totally by accident, met Sara and Loubna, which we had met two days before at the ENACTUS conference in Settat – the world is small. Together with two friends, Sanaa and Fatima, they lead us through some parts oft he city, before we headed back to our car in order to depart towards Agadir.

P.S.: The complete interviews can soon be watched in our first video documentation! 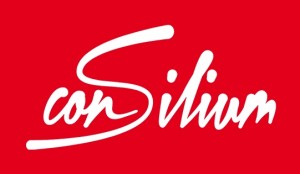 soon can be worn by you as well… 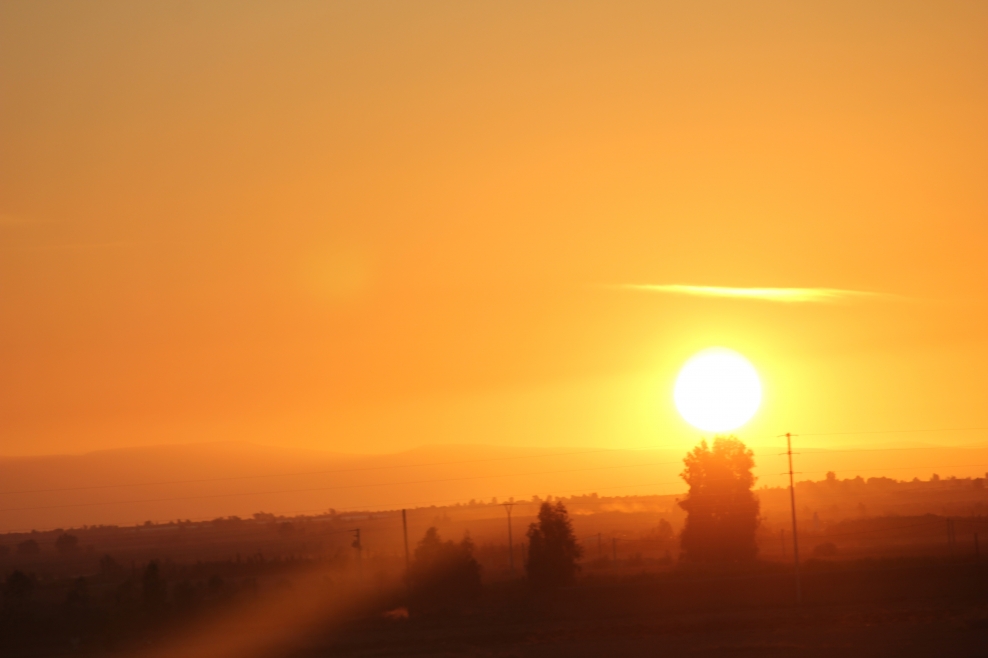