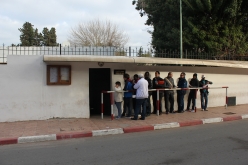 Monday’s to do: VISA for Mauritania. In the embassador’s quarter it was quite empty in the early morning, the queue in front of the VISA office comfortably short. Quickly we got into conversations: With a group of french travellers to Sénegal, as well as Boris, participant of the Budapest-Bamako Rallye.

At half past 9 the steel door opened, an official hastily handed out forms, and the door closed again. The filling out we left to the professionals: In a matter of seconds two very laid-back VISA experts scribbled wild notes on our documents whilst sitting on two camping chairs at the other side of the road. A lucrative job, assuming that their portfolio not only includes the Mauritanian VISA form.

At 9am the door opened again. The first applicants entered, serving passport, form plus 340 Dirham (about 30€). After 15 minutes the official felt the urge to make a coffee break and let the rest of the queue wait in front of the door for another 30 minutes. Finally we were next, and already in the afternoon we were able to receive our VISA. A quick photo of success with the rallye team. Back to the car. Direction: Casablanca. 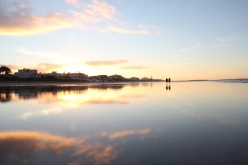 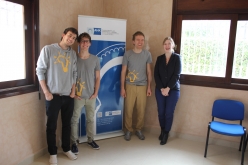 On the way we made a short stop in Mohammedia, a small harbour town with wide beautiful beaches. Going for a walk. Short workout. Back to the car. Moroccan night ante portas of Casablanca.

On Tuesday we had our first appointment at the AHK, the German Chamber of Commerce in Casablanca. There we met Anaïs and Moha, and had an exciting talk about young entrepreneurs in Morocco. We learned that young maroccans who studied or worked in Germany have a great potential to start sustainable businesses in Morocco. This is supported by the AHK with the program Business Ideas for Morocco. We heard about Aziz, a communication engineer in Germany, who returned to Morocco in order to produce olive oil, as well as Faouzi und Said, who met in Germany and now together produce recyclable PVC window frames. For Germany in general, the Maroccan market still is quite invisible: “Morocco is a blackbox for Germany” said Moha. 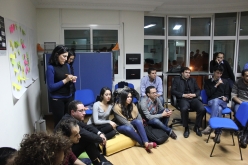 Amongst other things we learned that it is difficult to find qualified coworkers, since the most fitting people usually also pursue the goal to found a company; that even though capital exists in Morocco, investors still act cautious due to high risks and the not yet established entrepreneurial mentality; as well that young people in particular are not sufficiently sensibilized for the issue of being self employed. But in the same way the engagement of the participants made it very clear, that these circumstances will not hold them back creating a startup culture in Morocco and being idols for the future Moroccan entrepreneurs.

The following are some of the startups we met that evening:

On Wednesday in the early morning we went to Rabat by train. There we met Ilyas, expert in the area of entrepreneurship in Morocco and had a conversation about Frugal Innovation as well as the challenges of entrepreneurs in Morocco:

Similar to the AHK he sees a great potential in the “Diaspora” – moroccans who return after living and working abroad for a while. But they in particular should not underestimate the problems entering the Moroccan market after being used to a different one.

Such a returning moroccan we met afterwards for a tee – namely not mentioned here, since he aims to stay under the radar until launching his company soon. Having studied and worked in Germany, he knows both countries and gave us quite interesting personal impressions. He criticized, that many young people in Morocco are eager to get a save job as a public official. But also he pointed out, that an entrepreneurship culture does not come out of nothing and has to be learned at first, which, even though slowly, does indeed take place in Morocco right now.

In the evening, on our way home along the coast line, we passed the mosk “Hassan II”, which presented itself illuminated and brilliant in front of the black night sky… 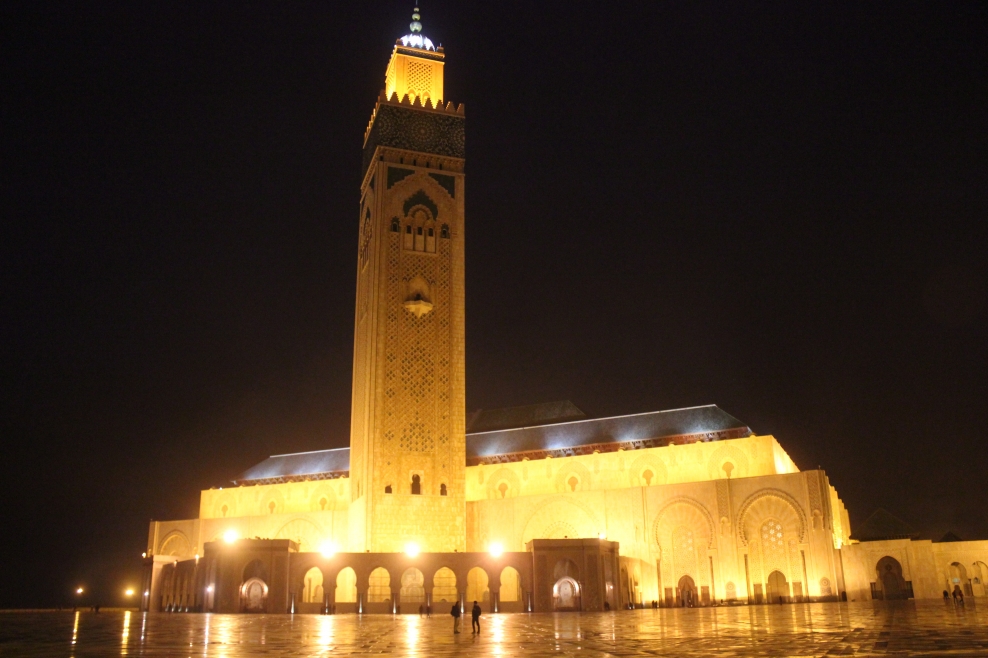